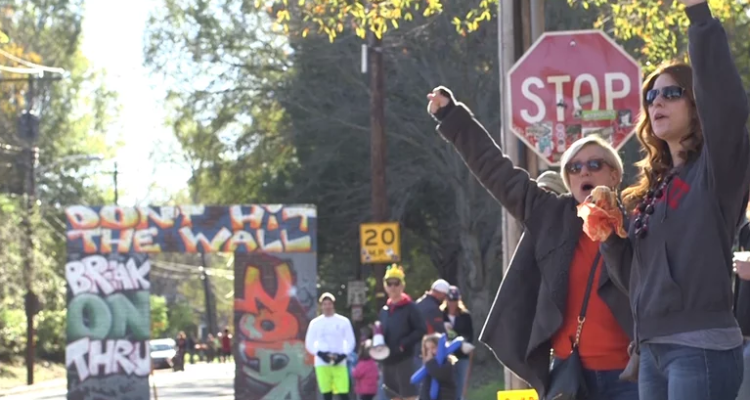 “Good crowds, great support, and amazing people to run with the whole way. Loved it!” One runner said about running the 2017 Novant Health Charlotte Marathon. Running any race distance whether it be a full marathon, half marathon or a 5k takes training, discipline and focus. Runners train for months to tackle that check mark on their bucket list or attempt to qualify for the Boston Marathon so as race organizers, we don’t want them to have to worry about what they are going to do for those long 26.2 miles. That is where our neighborhood cheer groups come in to play! 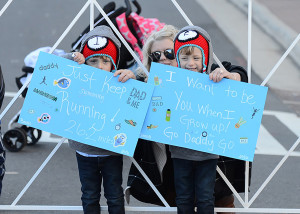 NoDa is Charlotte’s historic arts and entertainment district offering unique restaurants, craft beer and amazing live music. With 43% of the votes from our 2017 Runner’s Survey, NoDa won the best cheer group by a landslide. Plaza Midwood is known as one of Charlotte’s most diverse and eclectic neighborhoods filled with art galleries, funky stores, and restaurants. Plaza Midwood took second with 19% of runner’s votes. Dilworth’s quaint and picturesque neighborhood is known as one of Charlotte’s historic districts. Here you will find beautiful oak trees & charming bungalows, locally owned shops and indulgent dining. Dilworth came in a strong third with 14% of the votes.

As a local, you know these are some of the best neighborhoods in the city. If you are a visitor or a runner looking for a race to run that offers unique and modern neighborhoods with truly wonderful spectators and cheer groups than the 2018 Novant Health Charlotte Marathon is your race this year! “The city is beautiful, and the entire community turns out to watch and cheer. The lunatics in NODA are priceless. The families and neighborhoods that turn out really boost your spirits while you run.” That’s what we hope you’ll be saying on November 3rd!